Pomegranate – a symbol of abundance and fertility for many cultures, a source of health and food for centuries, the inspiration for many works of art, the “fruit of the dead” from the blood of Adonis; the forbidden fruit in the Garden of Eden with which Eve seduced Adam … All this and much more is hidden behind this wonderful fruit, which is a real treasure trove of health.

Pomegranate seeds contain 22% oil. Pomegranate oil is very special due to its composition. It contains punicic acid, also known as omega 5, which makes up 80% of triglycerides. This rare fatty acid from all plant sources is found only in pomegranate seed oil. It has strong anti-inflammatory properties and is an excellent antioxidant. Pomegranate is one of the best plants with anti-age effect in the world. The oil contains 17 -alpha-estradiol and estrone – phytoestrogens, which have a positive hormonal effect on the skin. The oil has excellent rejuvenating effects. It removes free radicals, thus slowing down skin aging and promoting collagen formation. Due to gallic and egalic acid, it repairs skin damaged by the sun.

In laboratory research on cultures of human and animal skin cells and tissues, it has been shown to have antioxidant, photoprotective, anti – inflammatory and antitumor effects. The oil is rich in vitamin E. 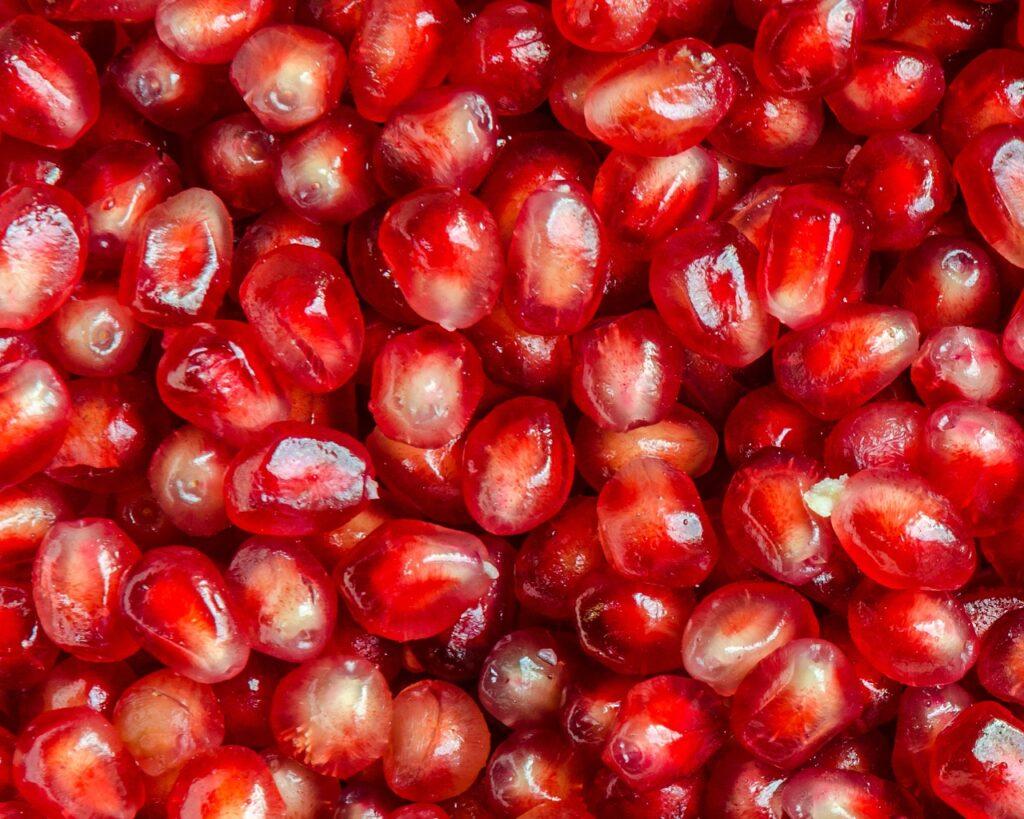 Pomegranate - for the health

Pomegranate is a rich source of antioxidants, so it is attributed too many anticancer and anti – inflammatory effects, and some recommend it as a supplement to conventional therapy for cardiovascular disease and some forms of cancer. Studies in mice have shown that the addition of pomegranate or pomegranate juice significantly improves the condition of atherosclerosis, has anti – inflammatory effects and lowers blood pressure. The first laboratory studies thus served with promising results, which now need to be confirmed or refuted by clinical studies that will show whether potential positive effects can be expected in humans as well. Be careful with various food products that promise miracles. These are exclusively dietary supplements that strengthen the immune system and thus have a supportive effect on the body.

COMPOSITION AND PROPERTIES OF POMEGRANATE 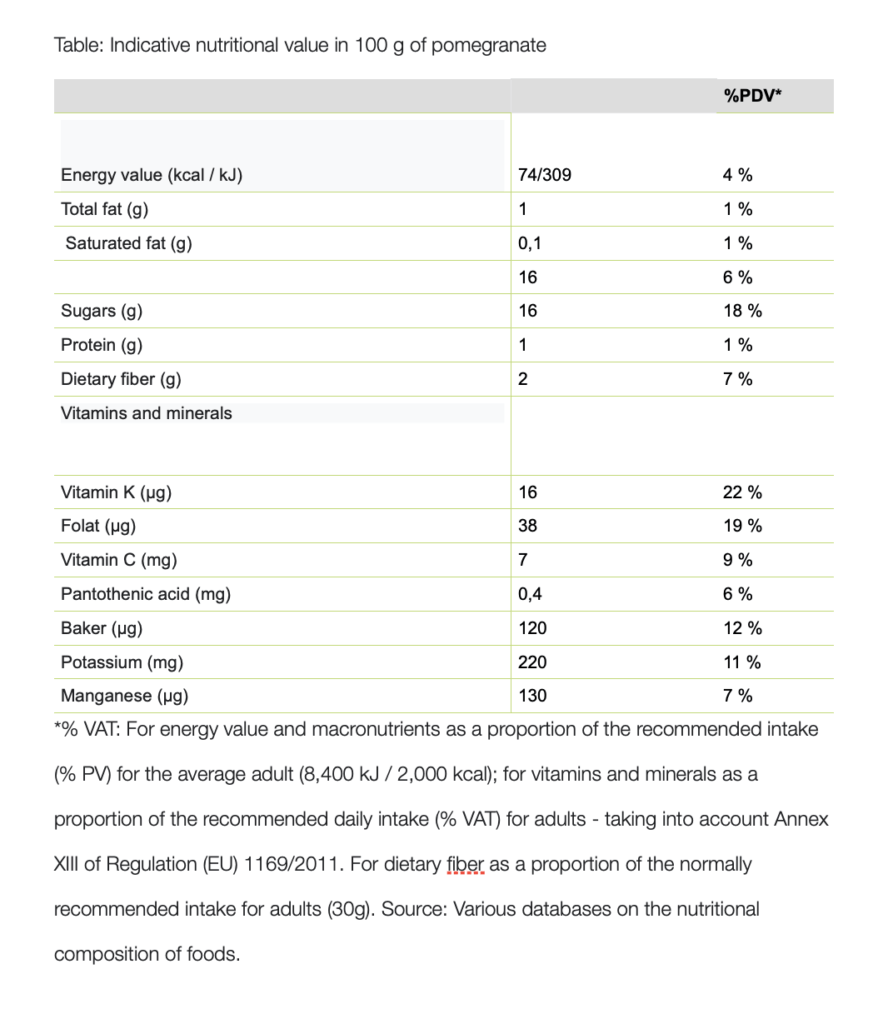 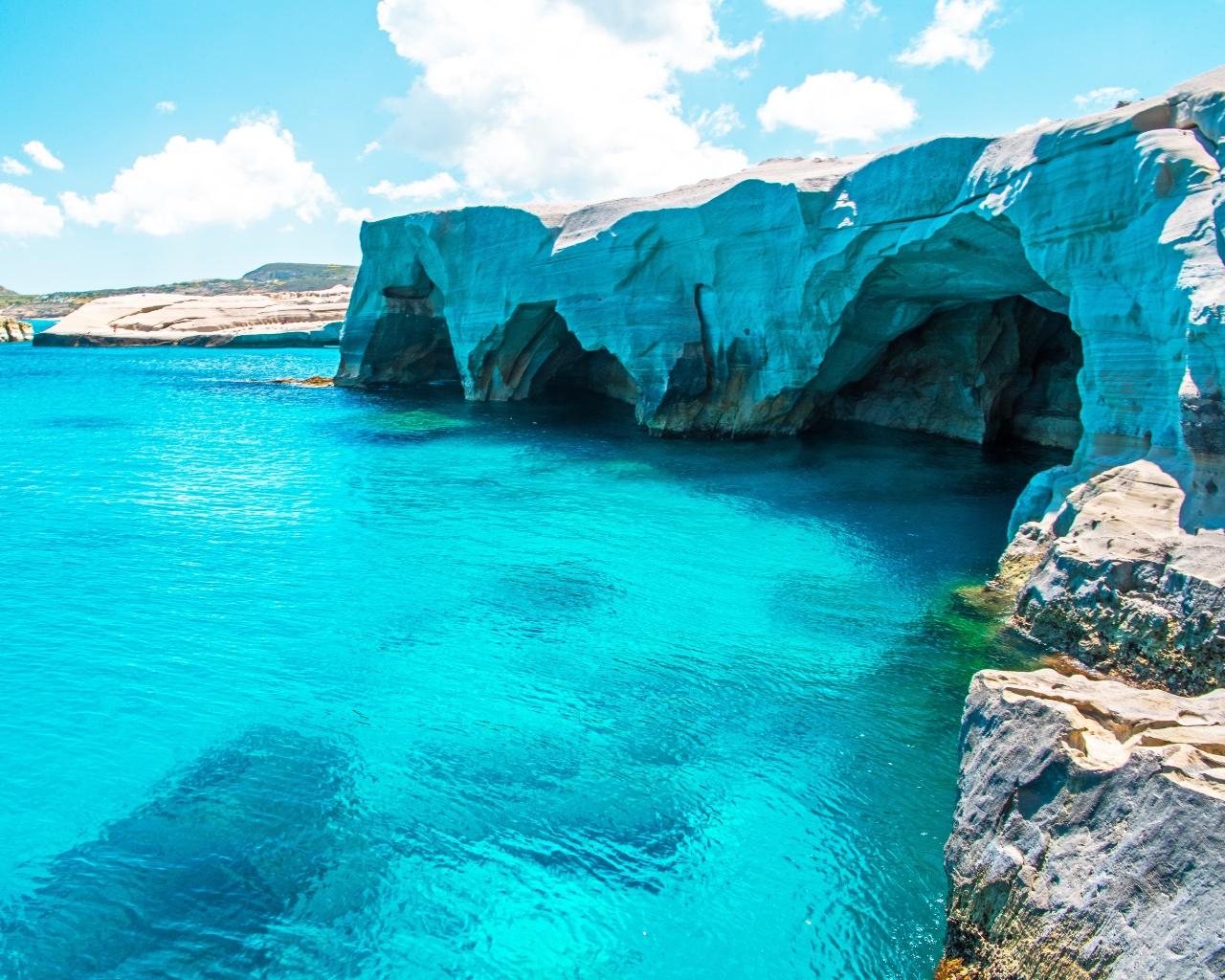 The myth of Persephone - the goddess of the underworld

Demetra gave birth to Zeus’ daughter Persephone, the goddess of the underworld. One day, Persephone was playing in the meadow when Hades came out of the ground and kidnapped the girl. When the omniscient god Helios told to Demetra  what had happened, she asked Zeus to bring Persephone back to life. Zeus was willing to please Demetra, but only in case Persephone ate nothing in the underworld. Had, however, had already married Persephone by this time. He tricked her that she had eaten six pomegranate seeds and therefore had to spend six months each year with him in the underworld. As the grieving Demeter began to neglect her divine duties and no longer cared for the earth and the growth of food, a severe famine ensued.

Zeus saw that the people would fail and made a compromise with Hades – Persephone would be with her mother in spring and summer, and with Hades in autumn and winter. Hence the explanation for the change of seasons.

Walk through the history

Ancient Egyptians regarded the pomegranate as a symbol of prosperity and ambition. It was referred to by the Semitic names of jnhm or nhm. According to the Ebers Papyrus, one of the oldest medical writings from around 1500 BC, Egyptians used the pomegranate for treatment of tapeworm and other infections.

The Greeks were familiar with the fruit far before it was introduced to Rome via Carthage, and it figures in multiple myths and artworks. In Ancient Greek mythology, the pomegranate was known as the “fruit of the dead”, and believed to have sprung from the blood of Adonis.

In modern times, the pomegranate still holds strong symbolic meanings for the Greeks. When one buys a new home, it is conventional for a house guest to bring as a first gift a pomegranate, which is placed under/near the ikonostasi (home altar) of the house, as a symbol of abundance, fertility, and good luck. When Greeks commemorate their dead, they make kollyva as offerings, which consist of boiled wheat, mixed with sugar and decorated with pomegranate.

The pomegranate is mentioned or alluded to in the Bible many times. It is also included in coinage and various types of ancient and modern cultural works.

For example, pomegranates were known in Ancient Israel as the fruits that the scouts brought to Moses to demonstrate the fertility of the “promised land”. According to the Books of Kings, the capitals of the two pillars (Jachin and Boaz) that stood in front of Solomon’s Temple in Jerusalem were engraved with pomegranates. Solomon is said to have designed his coronet based on the pomegranate’s “crown” (calyx).

Some Jewish scholars believe the pomegranate was the forbidden fruit in the Garden of Eden.

The pomegranate is one of the main fruits in Armenian culture (alongside apricots and grapes). Its juice is used with Armenian food, heritage, or wine. The pomegranate is a symbol in Armenia, representing fertility, abundance, and marriage. It is also a semireligious icon. For example, the fruit played an integral role in a wedding custom widely practiced in ancient Armenia; a bride was given a pomegranate fruit, which she threw against a wall, breaking it into pieces. Scattered pomegranate seeds ensured the bride future children.

In some Hindu traditions, the pomegranate (Hindi: anār) symbolizes prosperity and fertility, and is associated with both Bhoomidevi (the earth goddess) and Lord Ganesha (the one fond of the many – seeded fruit).

Iran is the second-largest producer and largest exporter of pomegranates in the world. In Persian, pomegranate is known as anar.

2. Peel a potato and cut it into 2.5 cm cubes, place it on a baking tray, salt, pepper, add a pinch of cinnamon, a good pinch of ground coriander, olive oil, mix well and bake for 45 minutes or until the potatoes are nicely baked and crispy.

4. Crush the nuts in a mortar or slice them.

5. Cut the pomegranate. Remove the seeds from one half and squeeze the juice from the other half.

7. Put sliced ​​coriander in a bowl, finely chopped chili (chili can also be omitted if you do not like hot food), quinoa, berry, broccoli, chopped nuts, sprouts, half a potato. Then pour the topping over everything and mix. Add sliced ​​avocado, remaining potatoes, feta cheese to the salad and sprinkle with pomegranate seeds.

You can find out more about which cookies we are using or switch them off in settings.

This website uses cookies so that we can provide you with the best user experience possible. Cookie information is stored in your browser and performs functions such as recognising you when you return to our website and helping our team to understand which sections of the website you find most interesting and useful.

Strictly Necessary Cookie should be enabled at all times so that we can save your preferences for cookie settings.

If you disable this cookie, we will not be able to save your preferences. This means that every time you visit this website you will need to enable or disable cookies again.

This website uses Google Analytics to collect anonymous information such as the number of visitors to the site, and the most popular pages.

Please enable Strictly Necessary Cookies first so that we can save your preferences!